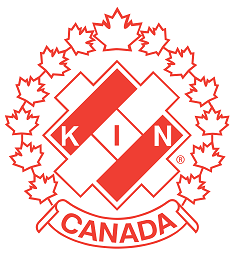 Our club falls under the Kin Canada umbrella. We are a not for profit organization who raises funds through projects and fundraisers and in turn gives it back to the community through donations request. We have been a major supporter of Multiple Sclerosis, Cystic Fibrosis, the IWK amongst many, many more. We have been doing this nationally for 94 years. Our club has been in existence since 1961. Our motto is “Serving the Community’s Greatest Need”The Kinsmen Club of Sackville has been “Serving the Community’s Greatest Need” since 1961.The club members come from all walks of life but share a common dedication to helping those in need in our community.

The Association of Kinsmen Clubs is a uniquely Canadian creation. Its founder, Hal Rogers [1899-1994], was a distinguished veteran of World War I and successful Ontario businessman. He looked beyond the confines of his entrepreneurial office walls in 1920 to establish a new service club whereby other members of his town could give back to the citizens less fortunate than themselves. That service took on international participation with his steerage of the Kinsmen clubs to support Britain during the 1939-45 War, and reconstruction for Britain in the aftermath of the conflict. For his positive efforts Hal Rogers was awarded the honour of Officer of the British Empire [1948], and received further recognition for his contributions to Canada with membership in the Order of Canada [1980]. His was an imposing model to follow. Kinsmen throughout Canada well understood that it was not the size of an endeavour which mattered. The heart of the Kinsmen movement is fellowship and the will to act in service for others.

The Kinsmen Club of Sackville [as it was renamed in 1967] continues to realize the value of the founding ideals of Hal Rogers. Service can be anything from picking up litter at the park next to the Kin Centre to fund raising for Cystic Fibrosis. No one member engages in work for self-promotion. Rather the Club seeks publicity to bring their efforts to the notice of other prospective members to ensure the continuity of service to the community.

No Entries Found
Those who are not looking for happiness are the most likely to find it, because those who are searching forget that the surest way to be happy is to seek happiness for others.
Martin Luther King, Jr.